What Does ‘Reshaping’ Really Mean?

Last week in Lublin, some of us gathered to kick off RESHAPE, a new R&D-trajectory, aiming at the development of new organisational models for future arts ecologies in the Euromed. So, we were there in the east of Poland with approximately 100 people — artists, art workers, intermediaries and funders from 26 different countries, from Beirut and Caïro, over Athens and Bucarest, to Oslo, Berlin, Brussels,... and beyond. That group consisted of the organising partnership, the small advisory committee that will guide them through the process, the 40 ‘Reshapers’ they selected after an open call, the facilitators that will guide five groups of Reshapers through five trajectories and some audience.

But what does ‘RESHAPE’ really mean? And what does it mean to ‘reshape’?

Because of the huge diversity of people there in Lublin — with their diverse backgrounds, experiences and personalities, operating in such diverse contexts throughout the Euromed — there can be only be a multitude of answers.

For me, being one of the partners and designers, what this project means has shifted significantly throughout the last week. Since 2015, I’ve been playing an active role in shaping the project, joining together the dots and the ideas popping up during several brainstorms with a very diverse partnership of organisations active in the whole of Europe. But last week in Lublin, the project came alive in a way that was not to be foreseen, nor to be expected. In this blog text, I will share some of my reflections about this, which — because of the diversity in the room and even within the organising partnership — can only be highly personal.

In its original and Creative-Europe-approved design, RESHAPE is a two year trajectory supporting the development of new organisational models for the future arts ecologies in Europe, as a response to several challenges and wicked problems. So, to Reshape is to prototype, to design these new approaches, working models for the future. For instance, can we think of new organisational models, that are more fit to the needs of ‘nomadic’ artists that work and live in several cities at the same time? 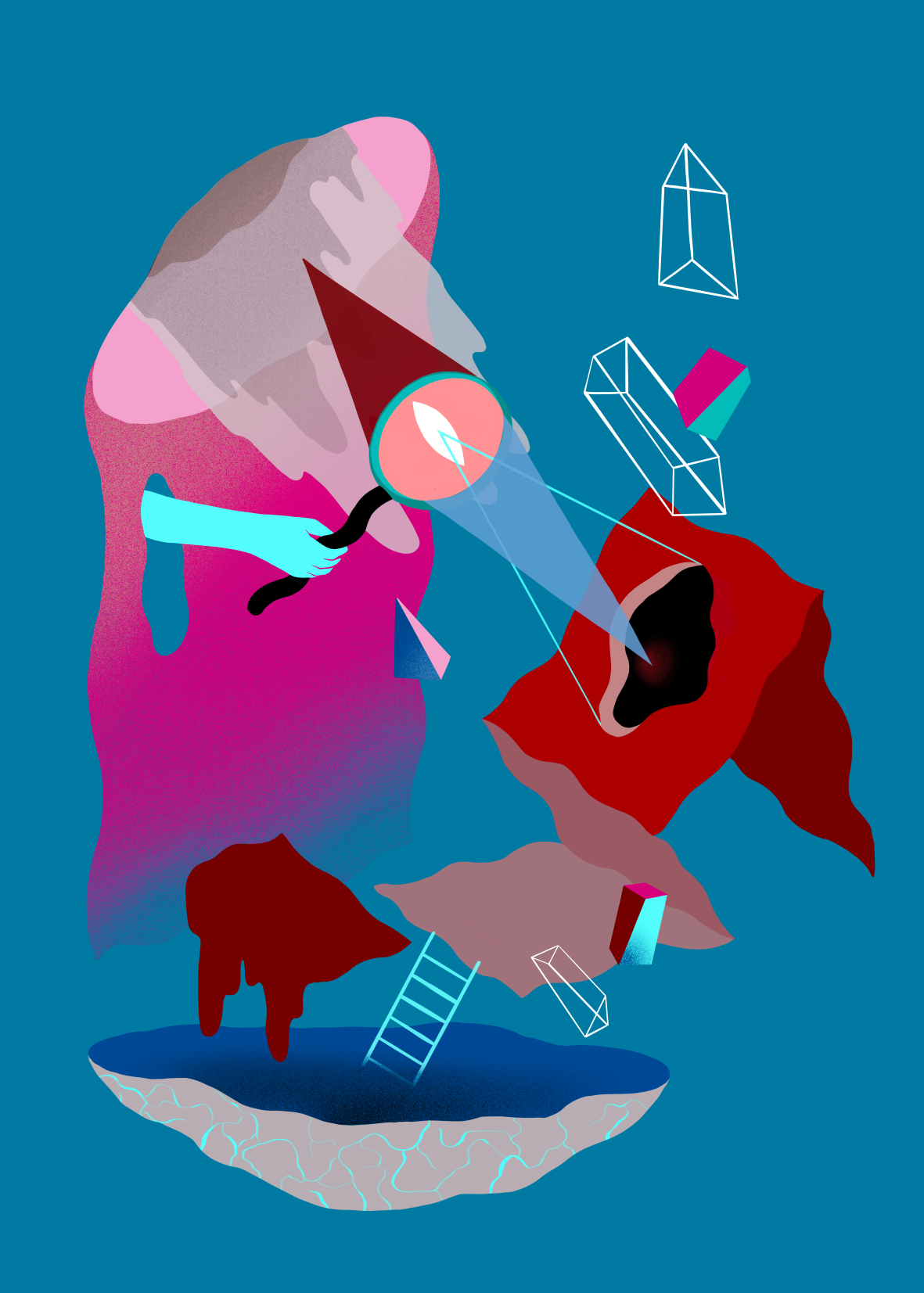 Also, RESHAPE is an acronym. It is short for ‘Reflect, Share, Practice, Experiment’. So our idea was clearly to design these new prototypes collaboratively, together, while Reshapers where selected on the basis of their motivation, their proven experience in setting up similar experiments in very different contexts. There are many interesting initiatives in different regions in the Euromed, but they seldom connect and collaborate.

So, in the design of the process, to Reshape is to collectively design new working models for future arts ecologies.

2. To Reshape… ourselves and our working conditions.

For me, the programme of the Lublin Forum fundamentally changed my this idea of what ‘reshaping’ is, through a series of keynote lectures and debates. The keynotes by Maja Kuzmanović, Tony Chakar and Alexandros Mistriotis could not have been very different, focusing on past, present and future of collaborations.

With an overview of futuring methodologies and techniques, Maja Kuzmanović stimulated our capacities to anticipate possible futures. In his plea ‘against hope’, Tony Chakar went back several thousands of years in human history, using images and tropes from ancient texts that have helped people throughout the ages to subvert dominant powers, to take action, to revolt. Alexandros Mistriotis’s plea to ‘resist help’ was firmly based in his own elusive practice as an artist and a citizen in the present of post-crisis Athens.

What these diverse talks had in common, however, was their joint focus on the agency and the empowerment of individuals, and how this could be strengthened using this cocktail of futuring techniques, age old images, myths and metaphors and the simple attitude of seeking absolute control of the space that is your own and — even if in situations of crisis and despair, when this space might seem to be as small as a stamp — work from there, from the desires and the values that you own.

The focus shifted from the new working models to the agency of the Reshapers. For the project, this repeated focus on agency and autonomy seemed to me to be a fundamental shift. Because, how will future arts ecologies ever be Reshaped? Maybe this is less a theoretical exercise about the development of prototypes. These will only start to live when they become strategies used by people in diverse contexts.

So what if the Reshaping of the working models is only a decoy? Maybe the essence of Reshape is that it is a journey to strengthen the agency of the people working in difficult and different contexts, to let their energy radiate and spill over to other humans (and other-than-humans) — in which working together really is necessary because it is empowering.

3. To Reshape… the Reshaping Process.

This, of course, has consequences. It means that every collaboration will be a negotiation, in which you need to be very transparant and explicit about these needs and conditions. What this really meant for our project, became intensively clear in the next couple of days. During the ‘long table discussions’ and workshops, not only the agency of the Reshapers came to the foreground. Also the fact that our project itself needed some Reshaping, was very present. In fact, this idea was in the air, even before this kick-off conference had kicked off.

Even before the official opening of the conference, in the first informal discussions with speakers and participants — on the airport, on the bus, in the hotel — two things were very clear. First, that the RESHAPE project really struck a chord and an interest in the arts field, because of its urgency. (We had already seen this in the overwhelming response to our open call — we could only select one out of ten applicants….) But, second, it was also quite clear that everybody had come to Lublin with a lot of questions about the project and the process.

In fact, the murmur before the conference seemed to suggest that probably no-one of the participants seemed to have a clear-cut idea of the precise meaning of the five research topics, nor of the precise steps that were to be taken by the working groups in order to achieve ‘sustainable prototypes’.

And neither did I nor the other partners. And this was intentional. As Milica Ilic and I pointed out in our intro presentation, we had designed the Reshape process as an open process, together with a diverse partnership, leaving a lot of space for the participants. The 5 topics were developed in brainstorms of the partnership, but they were meant to be reframed and reshaped, in order to reflect the urgencies and concerns of the Reshapers in that group. Unlike many other Creative Europe projects, the output was not yet formatted in advance, in order to leave room for initiative with our Reshaping creatives. Crucial, therefore, is the role of the facilitators that will guide the Reshapers through their journey.

This openness, however, raised a lot of caution with the participants, who often work in precarious and sometimes even life-threatening circumstances, and who have accumulated a lot of negative experiences with arts institutes and funding bodies. ‘We are used to more structure,’ someone said. Other people asked for our ‘hidden agendas’ or insight in our budgets. Not always was it acknowledged that our partnership was very diverse, that funding bodies only make up a minority and that many partners have been experienced and exemplary Reshapers-avant-la-lettre working in precarious conditions.

It became quite clear that trust and confidence needed to be built. It was clear that this can not be done by just asking for trust, but that it needs to be built in a series of negotations and decisions in concrete situations, in which the precise values that the RESHAPE project proposes, need to be practiced and performed over and over again. It is also quite clear that this would take time. During the Lublin Forum we made first steps together — Reshapers, partners, facilitators, advisors and interested audience. It is obvious that this is a delicate process that will essentially define the project throughout the next two years.

Throughout the Lublin Forum, it became clear to me that exactly this is RESHAPE: of course it still is about the new working models, it is most certainly about the agency of the people reshaping them, but essentially it is all in the process.

This entry was originaly published at kunsten.be. 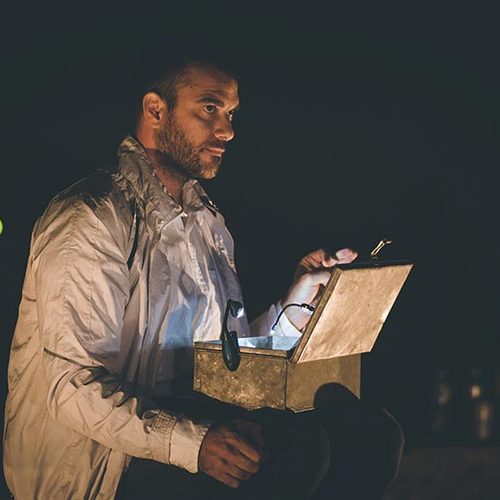 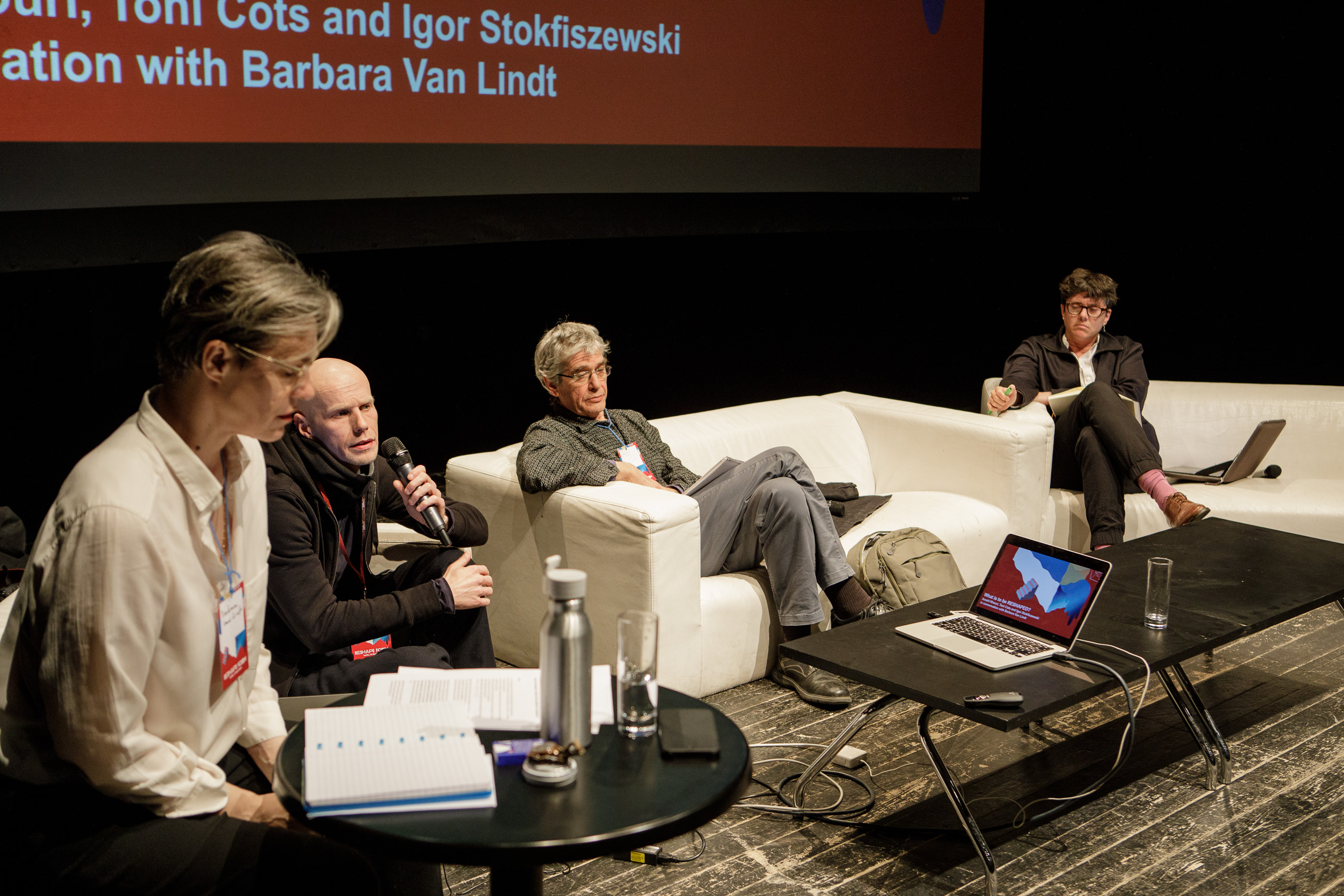 Audio Podcast form Lublin Forum // What Is To Be Reshaped, panel discussion 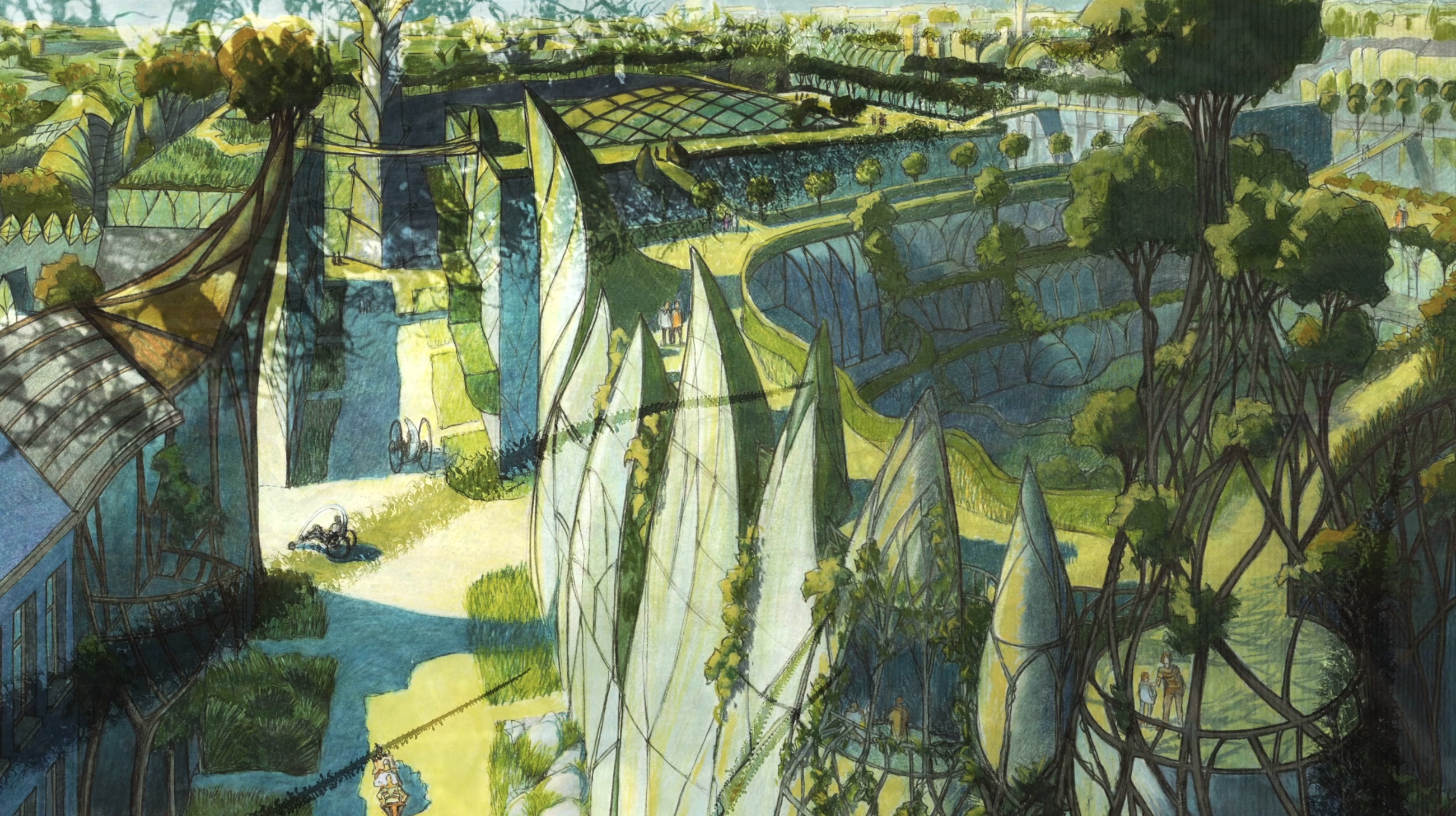 The Art of Futuring: Unknown, Unknowable and Uncertain.

How is this enough? Rethinking cultural management 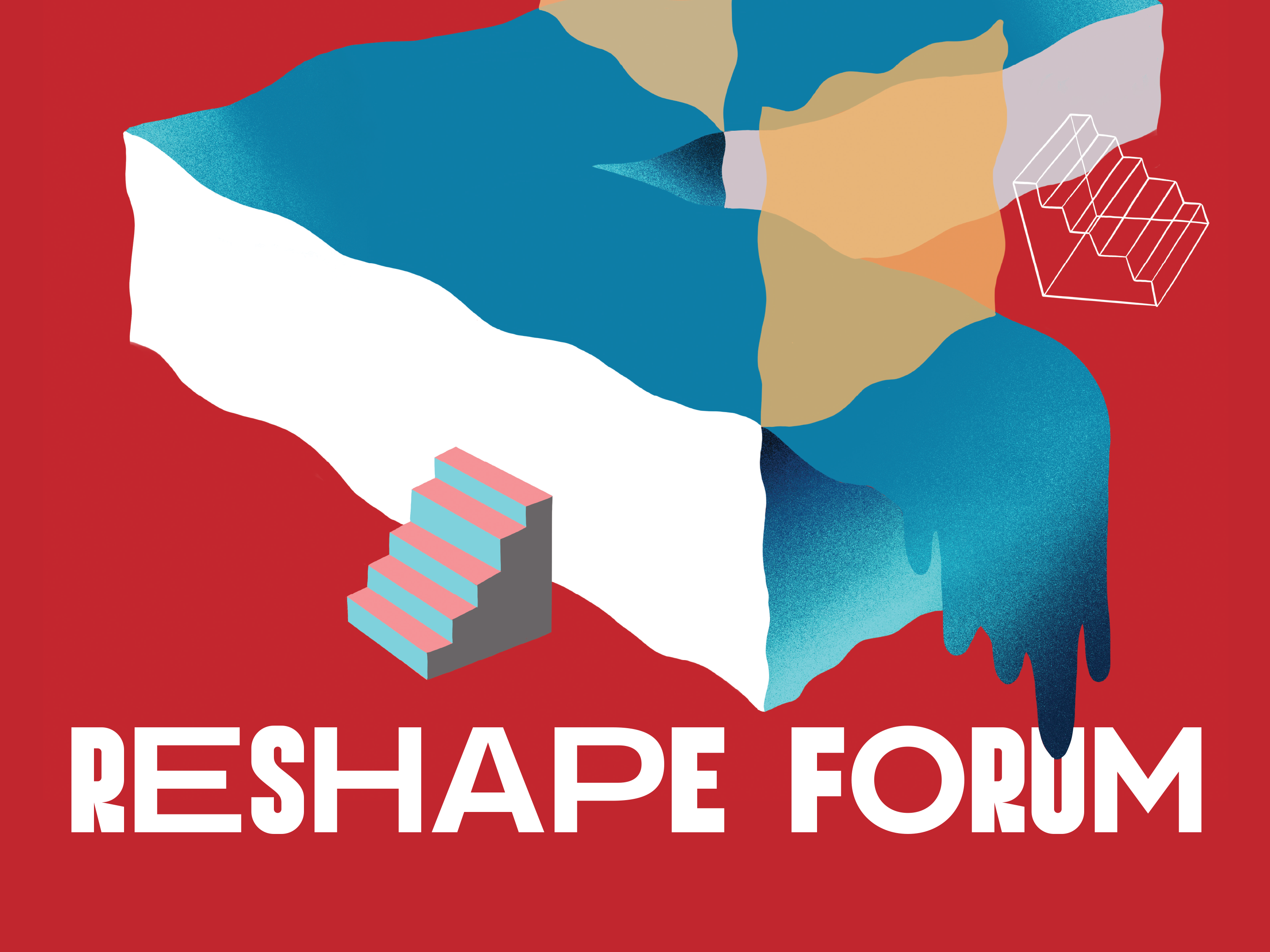