Valeria Graziano works as a research fellow at the Centre for Postdigital Cultures, Coventry University. She is a member of the Postoffice Research Group and of the Network for Institutional Analysis (UK). Her research looks at the organisation of cultural practices that foster the refusal to work and the possibility of political pleasure. Recently, she was co-editor of ‘Repair Matters’, a special issue of ephemera: theory & politics in organisation (May 2019) and co-authored, with Marcell Mars and Tomislav Medak, ‘Learning from #Syllabus’ (in: State Machines, Institute of Network Cultures, 2019)

Tomislav Medak is a doctoral student at the Centre for Postdigital Cultures. Tomislav is a member of the theory and publishing team of the Multimedia Institute/MAMA in Zagreb, as well as an amateur librarian for the Memory of the World/Public Library project. His research focuses on technologies, capitalist development, and postcapitalist transition, particularly on economies of intellectual property and unevenness of technoscience. He authored two short volumes: The Hard Matter of Abstraction – A Guidebook to Domination by Abstraction and Shit Tech for A Shitty World. Together with Marcell Mars he co-edited ‘Public Library’ and ‘Guerrilla Open Access’.

Marcell Mars is a research fellow at the Centre for Postdigital Cultures. Marcell is one of the founders of the Multimedia Institute/MAMA in Zagreb. His research ‘Ruling Class Studies’, began at the Jan van Eyck Academy (2011), examines state-of-the-art digital innovation, adaptation, and intelligence created by corporations such as Google, Amazon, Facebook, and eBay. He is a PhD student at the Digital Cultures Research Lab at Leuphana University (Lüneburg, BRD), writing a thesis on ‘Foreshadowed Libraries’. Together with Tomislav Medak he founded Memory of the World/Public Library, for which he develops and maintains software infrastructure. 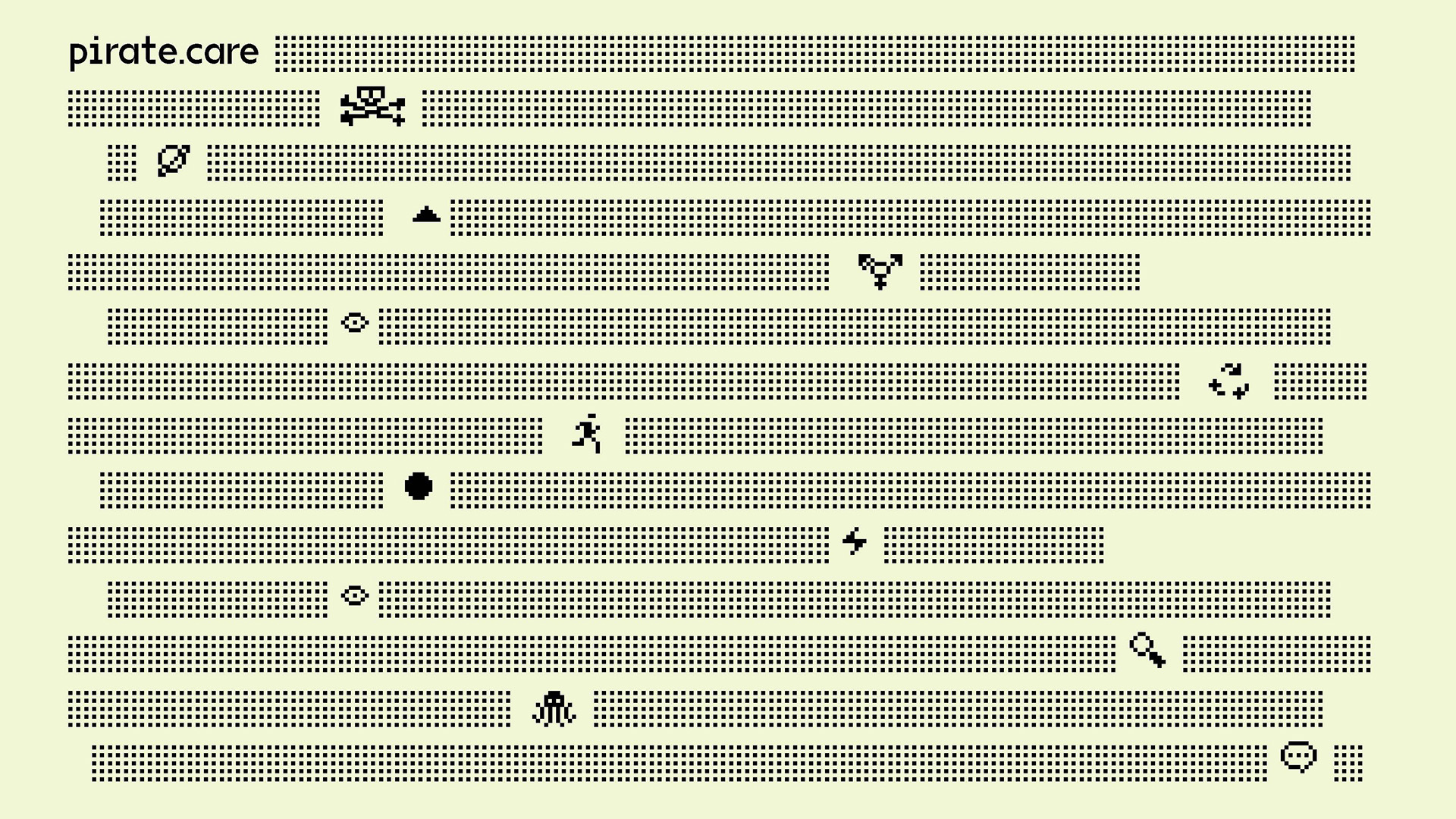 Pirate Care is a transnational project connecting activists, scholars, and practitioners working on the collective practices of care that are emerging in response to the current ‘crisis of care’: welfare cuts, rollback of reproductive rights, austerity, and criminalisation of migration and solidarity. These initiatives are experimenting with forms of self-organisation, alternative approaches to social reproduction, and the commoning of tools. They share a willingness to openly disobey laws and executive orders, whenever these stand in the way of safety and solidarity, and politicise that disobedience to contest the status quo.